What awful weather we have had this last week, so much rain. Yesterday, after lunch L wanted to buy something from Argos which is now in our Sainsburys store in what used to be the cafe.  I think a lot of the Argos stores are closing and relocating to cheaper locations. Ours is small but at least it is free to park so easier to shop there than before. Afterwards, as the rain had stopped we decided to risk a walk around Decoy Lake.  It was very muddy but nice to be out walking and obviously quieter than it would be on a sunny day. There is a little cafe kiosk next to the playpark so we got ice lollies and then naturally it started to rain. However, being British we just put our hoods up and carried on! 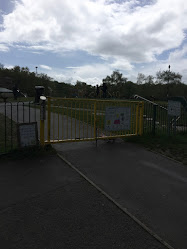 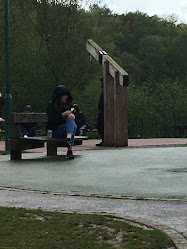 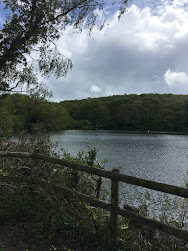 Later on, around 5'ish I suppose , the sun actually came out so we quickly jumped in the car and decided to have a walk along Teignmouth seafront.  It was lovely for about 40 minutes and the girls even braved a paddle but then it started to cloud over  and we just got back to the car before the heavens opened. I don't think it stopped raining all night and is still raining now but at least we have got out over the weekend for some exercise. 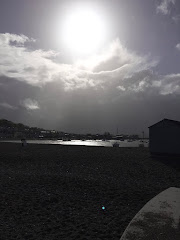 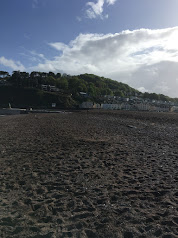 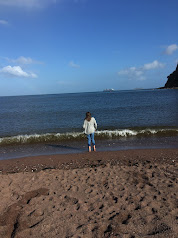 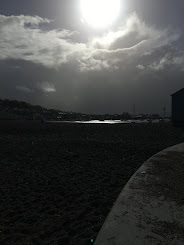 I finished The Weekend, which I enjoyed, but it has quite an abrupt ending which was a bit of a disappointment. Next up is The Long Long Afternoon which again was recommended somewhere, and I think then I am down to three library books left to read. 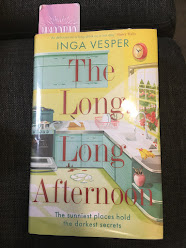 Oh my goodness, another week has gone in a flash! Four more weeks of school and then hopefully I can settle back into a slower pace of life... 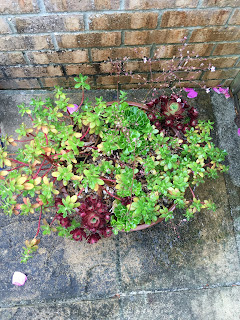