Well Monday was lovely and sunny so Daughter S and I decided to drive up to Exeter to our nearest Waitrose. We used to have a branch in Teignmouth and Torquay but they were both closed a couple of years ago due to them not being viable. Too many basket shoppers as opposed to people doing their full shop. I love having a look around Waitrose as it is always so nicely laid out and there is always an interesting entrance display. For someone who does their weekly shop in Aldi, however, the price of some of their products are eye watering. I only usually buy a few things that are on offer but I like their free magazine and weekly newspaper. We also had a coffee in the cafe. Afterwards we had a quick wander around Next and TK Max but nothing took our fancy. 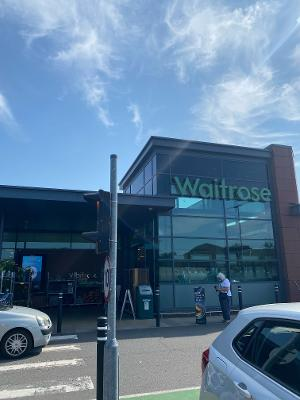 Tuesday I worked, which is still enjoyable.

Wednesday morning I called for a friend who I used to work with. We walked down to our village park and got coffees from the mobile van, and sat on a seat under a tree as it was so so hot already. In fact we had so much to talk about we had two coffees! K finished school so she got the train over to Teignmouth from school, rather than catching the school bus, with some friends, and went to the beach for a couple of hours. D's actual last day landed up being Monday as they have an outbreak of Covid classes in year 10 and the 6th form so I didn't want to take any risk of her catching it. She only had photography lessons this week so has been able to do the work at home. She has also spent most of this week at the beach either with friends or her boyfriend.

Today, was L's last day at school so we picked her up at 3.15 and then went over to Teignmouth to the beach. Unfortunately, there was a lot of seaweed floating about which initially put L in a bit of a mood but once we persuaded her to go in she was fine. We managed just over an hour but we were getting close to high tide and the stretch of sand was getting smaller by the minute. We rounded off with ice creams from one of the kiosks on the seafront.. 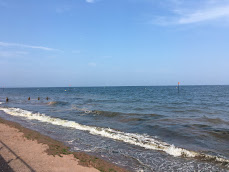 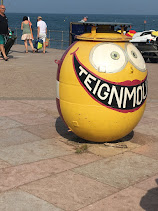 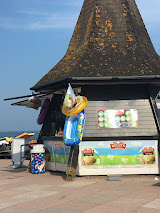 I am looking forward to a bit of a lie in tomorrow and then I need to be in Torquay for 10.00 when the uniform shop opens to get K a full set of uniform and PE kit. She has been wearing the current set for two years and its all too small and worn out  now. I shall need to brace myself to part with a couple of hundred pounds - ouch! Afterwards we shall go to Meadfoot beach for the rest of the day with the paddleboard and a picnic.

As for the weekend, it will be weather dependant, as I think we are due some rain.